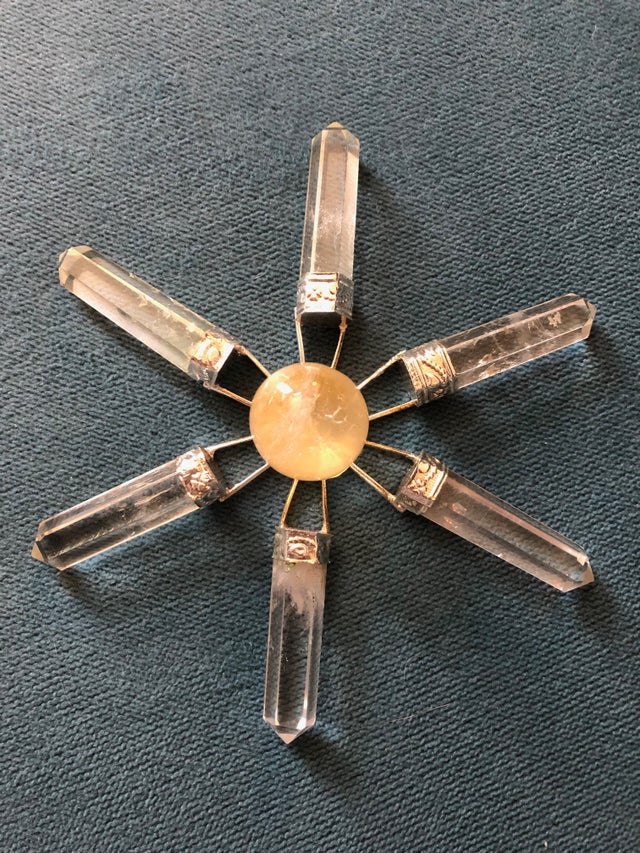 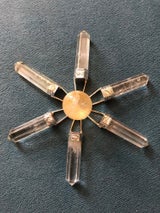 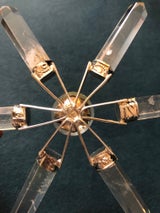 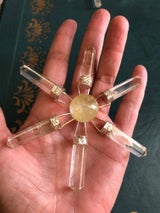 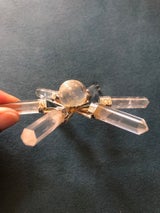 An energy generator crystal, also sometimes called a projector crystal, has six equal sides, or faces, which taper to a point. Every crystal is unique and individual, with its own qualities. They can be cloudy, clear, or a mixture of both, and can contain phantoms, inclusions or rainbows.

A number of these crystals are joined as wands to the sides of a larger central crystal, usually with a metal such as Indian silver, creating a 4 points star shape. Energy generator crystals with four or seven wands are most common. The conical or pyramidal shape of the central crystal amplifies the power of the surrounding crystals, directing the energy to where it is needed.

Sold out
Add to Cart
This website does not claim to provide medical advice, diagnosis, or cure ailments or symptoms you may be experiencing. Our wellness content should not be used in lieu of professional advice given by qualified medical professionals such as your doctor or registered dietitian or other professional care provider. The function of this site is for information and educational purposes only. The statements made are the opinions of the Author. The information provided in this site is not a substitute for medical or professional care and you should not use this information in place of a visit with, or receiving the advice of, your physician or other health care provider.
© Copyright 2022 THYME TO UNWIND MASSAGE. All rights reserved.